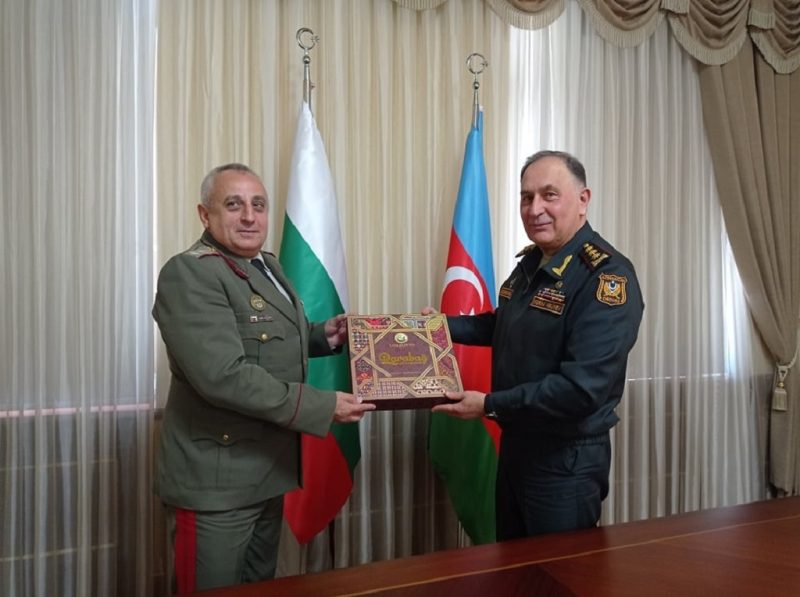 In the period from 17 to 21 January 2022, a delegation from Rakovski National Defence College, led by the Commandant Major General Grudi Angelov, PhD, is visiting the Military Academy of the Armed Forces of the Republic of Azerbaijan,.

On January 18, 2022, the First Deputy Minister of Defence and Chief of the General Staff of the Azerbaijan Army, Colonel-General Karim Valiev, received Major General Grudi Angelov, PhD, Commandant of the College. The meeting was also attended by the Bulgarian Ambassador to Baku – His Excellency Nikolay Yankov, a graduate of the Command and Staff Faculty of Rakovski National Defence College.

During the visit of our delegation to Baku, joint programmes in the field of military education, exchange of students and teachers under the Erasmus+ programme will be discussed.