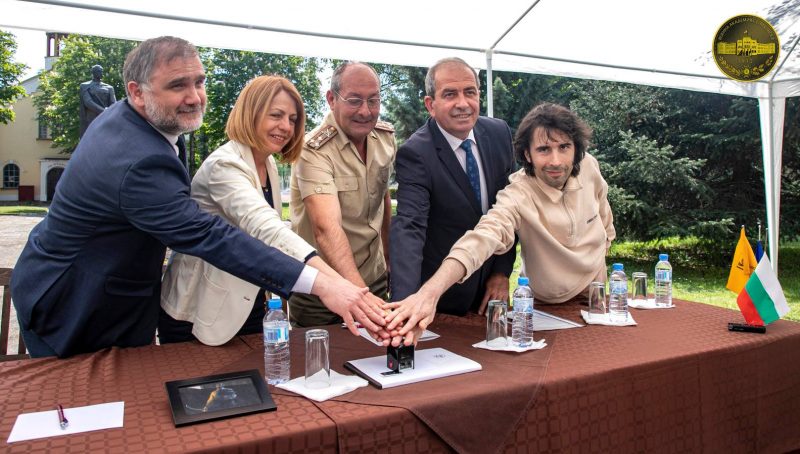 In the year dedicated to the life and work of Georgi Stoykov Rakovski, when Bulgaria celebrates the 200th anniversary of his birth, the National Initiative Committee for the celebrations continues to organize and conduct a number of important events in honour of the great Bulgarian.

As part of the events dedicated to the anniversary, a postage stamp bearing the image of Rakovski was validated today at the Rakovski National Defence College, on the occasion of the 200thanniversary since his birth.

The postage stamp was postmarked for putting into circulation was by Yordanka Fandakova – Mayor of Sofia Municipality, Colonel Emil Yanev – Deputy Commandant of Rakovski National Defence College, Dimitar Dimitrov – Director of the Communications Directorate at the Ministry of Transport, Information Technology and Communications, Deyan Daneshki – CEO of Bulgarian Posts and Stefan Kalapishev, the artist who created the stamp.

The event was dedicated to the 200th anniversary of the birth of the patron of Rakovski National Defence College, the great patriot of Bulgaria and founder of the national liberation ideology, diplomacy and system of government. To the man to whom we owe the idea of the lion, as a sign of our centuries-old statehood, the colours of the Bulgarian national flag, as well as the inspiring motto of our liberation movement – “Freedom, or Death”.

The proposal for the issuance of the stamp came from the National Initiative Committee for the celebrations. The jubilee stamp has a circulation of 5,100 pcs. and a nominal value of BGN 0.65.