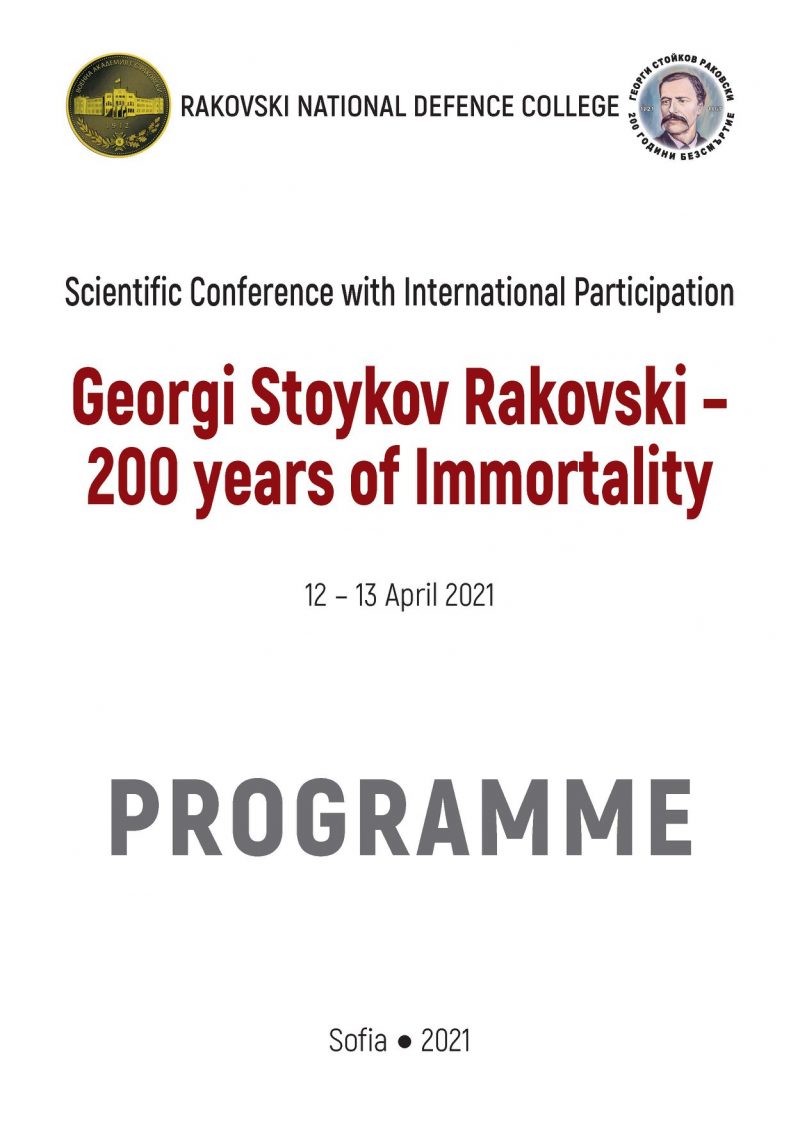 The opening of the forum was attended by Deputy Chief of Defence Lieutenant General Tsanko Stoykov, JFC Deputy Commander Major General Ivan Lalov, the military attachés and representatives of diplomatic missions of the Russian Federation, the Republic of Serbia, Romania, Vietnam and the United States, academics, military historians, mayors of municipalities, etc.

Georgi Rakovski’s contributions to the struggles for the restoration of the Fatherland are immeasurable. Rakovski is a well-known Bulgarian strategist and founder of the national liberation struggle of the people, for which he created three separate plans… By his plans, by the specific organizational and publishing activity, by his international contacts, by his direct participation and leadership of the struggles for the Bulgarian freedom, Rakovski rose to the level of a theoretician of the Bulgarian organized national liberation movement and a visionary with plans for the future Bulgarian state, Deputy Minister Zapryanov pointed out in his speech.

The National Defence College, established 109 years ago, was named after Georgi Stoykov Rakovski by a Regent’s Decree of March 5, 1946. Since then, the Academy, as an institution of national and international prestige, has proudly borne his name.

Rakovski bequeathed faith and love for Bulgaria to us and today we need his guidance, said Deputy Minister Gesheva.

An address on behalf of Yordanka Fandakova, mayor of Sofia, was delivered by her deputy, Assoc. Prof. Todor Chobanov, PhD.

In his conference presentation, Major General Grudi Angelov, PhD, emphasized the role of Georgi Rakovski for the survival of the Bulgarian statehood in order to restore the Bulgarian state, including his projects for а national military force.

Тhe scientific forum proceeds in three thematic circles: Georgi Rakovski – the patriarch of the Bulgarian national liberation movement; Georgi Rakovski – the scientist and the artist, and The personality of Georgi Rakovski: an international perspective. The aim is to pay tribute to the memory and feat of the great patriot, National Revival activist, and founder of the two Legions that preceded the modern Bulgarian army.