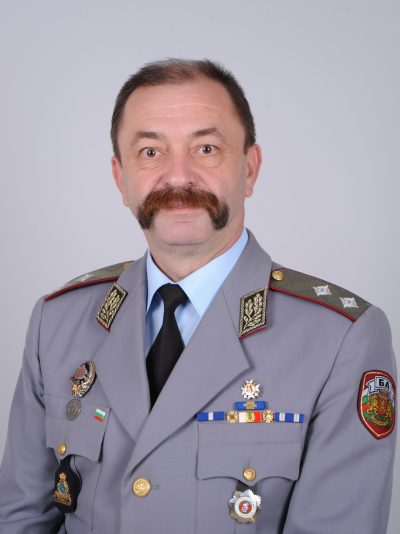 Major General Todor Dochev was born on 24 April 1963, in the village of Todor Ikonomovo, Shumen. He graduated from “Georgi Dimitrov” National Military Artillery School, Shumen, specializing in “Automated command systems for AD of the Air Force” (1986). He was a full-time postgraduate student at Rakovski National Defence College and Sofia Technical University (1993 – 1995). He also graduated from “Nikola Vaptsarov” Naval Academy, Varna, specializing in “Radiolocation and radio navigation in the Navy” (1997). MG Todor Dochev graduated in “Command-and-staff operational-and-tactical Air Defence” in the Command and Staff Faculty at RNDC (1997), as well as “Strategic management of the National Defence and Armed Forces” in the National Security and Defence Faculty at RNDC (2011).

MG Todor Dochev studied at the Netherlands Defence College in the city of Delft. He graduated the UN school in the city of Amersfoort, Netherlands, as well as a course for Leaders of 21st century at “George Marshal” Study Center in Germany. He received further qualification in Canada and Turkey.

He speaks English and Russian.

Married with one child.