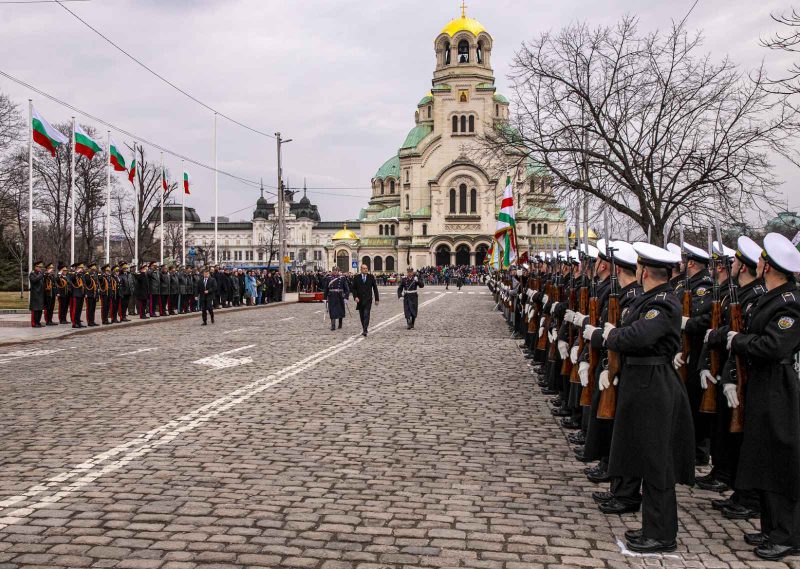 The Commandant of Rakovski National Defence College, Major General Grudi Angelov, PhD, took part in the ceremony of raising the national flag in front of the Monument to the Unknown Soldier and in the ceremonial inspection of troops and fireworks illumination at the National Assembly Square, Sofia, on the occasion of 3rd March  – the Day of the Liberation of Bulgaria.

The ceremony was attended by Rumen Radev, President of the Republic of Bulgaria and Commander-in-Chief of the Armed Forces, Iliana Yotova, Vice President of the Republic of Bulgaria, the Minister of Defence Dragomir Zakov, the Mayor of Sofia Municipality Yordanka Fandakova, the Chief of Defence Admiral Emil Eftimov, representatives of the leadership of the Ministry of Defence and senior officers of the Armed Forces.