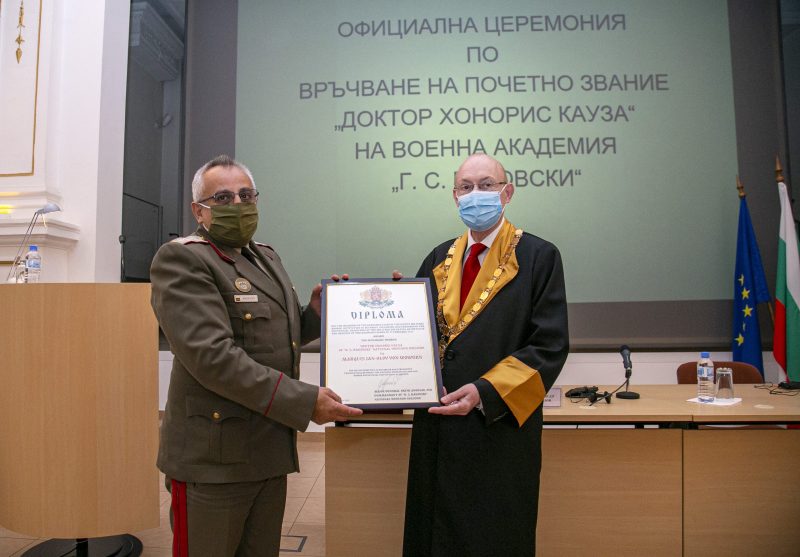 After the ceremony Marquis Jan-Olov von Wowern gave an academic lecture on “THE CONTRIBUTION OF SWEDEN TO EUROPEAN SECURITY AND WORLD PEACE“, saw the sights of the College and entered his gratitude for the award in the Honorary Book of the College.