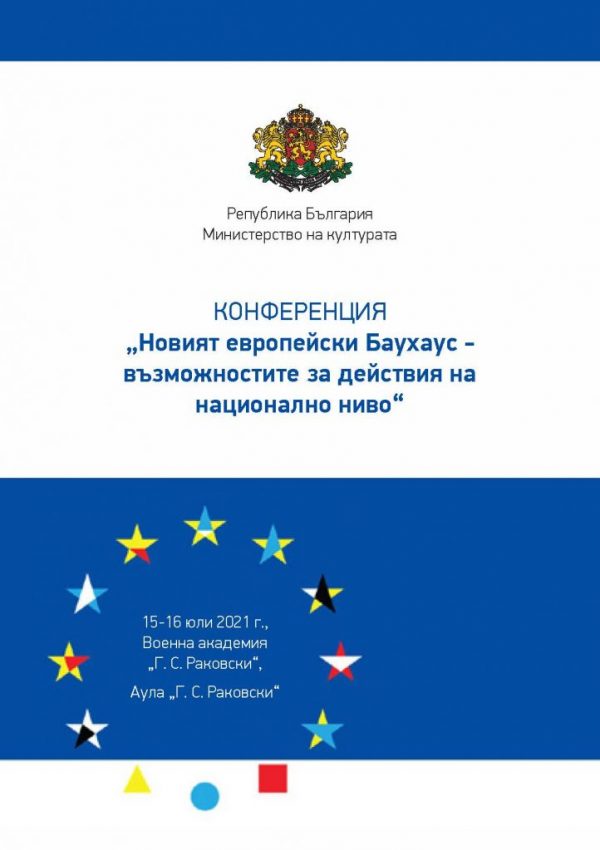 On 15 and 16 July 2021, the Ministry of Culture of the Republic of Bulgaria organised a conference focused on the action opportunities at national level, arising from the initiative of the European Commission “The New European Bauhaus”.

The topic was: “The New European Bauhaus – Action Opportunities at National Level”.

The conference aimed at contributing to the raising of awareness of “The New European Bauhaus” in Bulgaria and encouraging a discussion among interested parties through facilitating the establishment of a long-term vision, concrete actions and projects at national level and also at motivating the participation of Bulgarian representatives in Bauhaus initiatives at EU level.