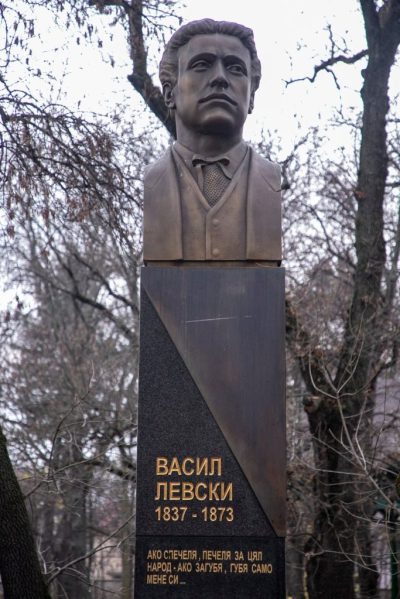 In the spirit of the Revival tradition to pay special respect to our heroes, a ritual of presenting flowers was held to honour the feat and sacrifice of the Apostle of Bulgarian freedom Vasil Levski at his monument in the park of Rakovski National Defence College. On November 26, 2016, the monument was unveiled on the occasion of the 180th anniversary of the birth of Vasil Levski and in his memory in the same park.

This date has been chosen on purpose, because on the same date in 1878 the Military School of the Bulgarian Army was consecrated with a solemn sermon in St. Nedeliya Cathedral.

Let us remember the Apostle as he remained in the memory of the people – majestic and self-sacrificing. Let us bow our heads and pay due respect to his deeds.