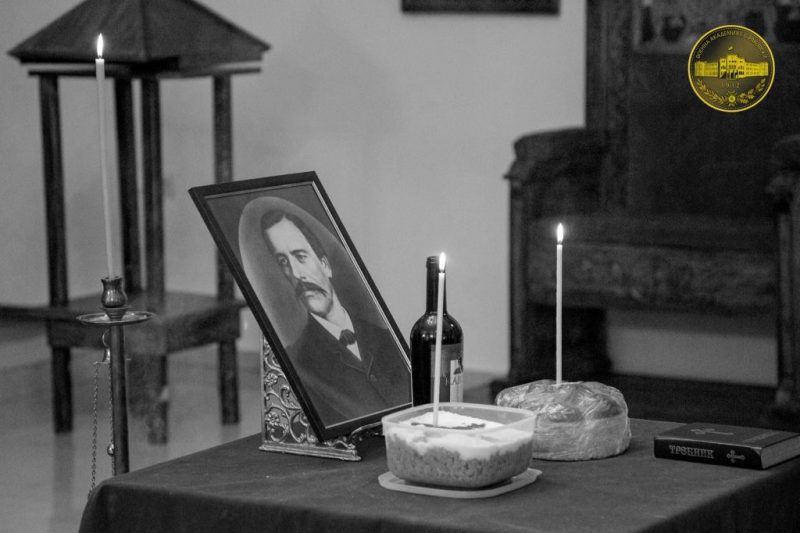 The chaplain at the Church of the Holy Archangels, Rev. Jordan, served a funeral prayer in the memory of Georgi Stoykov Rakovski in the presence of the Commandant of the College, Major General Dr. Grudi Angelov, officers, sergeants, employees, military and civilian students. The servicemen and the civilian personnel then lined up in front and around Rakovski’s monument. After the opening of the ritual, a speech about Rakovski was delivered, and the designated ceremonial officers laid a wreath at the monument which was built in 1967.

In the year of its patron, Rakovski National Defence College took part in a number of celebrations and events related to the great publicist, writer, scientist, ideologist and strategist of the Bulgarian National Revolution.