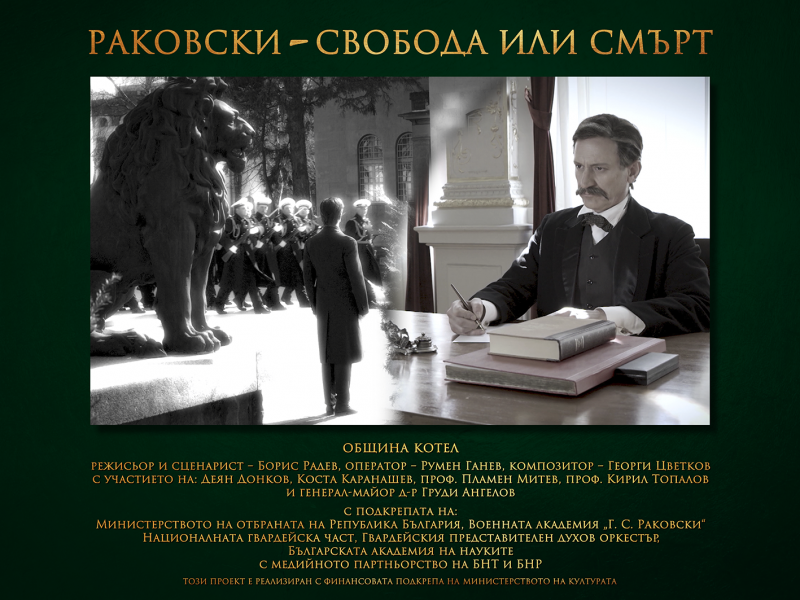 Before the film, the National Guard and the Representative Ensemble of the Armed Forces performed for the first time the march of the Rakovski National Defence College – “March Rakovski”.

The project was implemented with the financial support of the Ministry of Culture and the media support of BNT. Kotel Municipality is the producer. The film was created with the additional support of the Ministry of Defence of the Republic of Bulgaria, Rakovski National Defence College, the National Guard and the Guards Representative Brass Band, the Bulgarian Academy of Sciences, Ivan Vazov National Theater, the Pantheon of Georgi Stoykov Rakovski and the Museum of the Kotel Revivalists in his hometown.